I used to model. Sometimes. It was a verb, which is important to emphasize.  I modeled, as in—modeling was a hobby, the same way other humans may play golf or guitar.

It wasn’t a noun I used to describe myself. I’m NOT a model.  I feel compelled to explain that difference.  Modeling was never a way I defined myself, it wasn’t a job, it was just something I did for a while for fun.

I haven’t shot in months; now that I live on a small Azorean island, it isn’t particularly feasible.

I started modeling simply for fun about four years ago, while my husband and I were living in England.  I stumbled across a reputable model, photographer, stylist and MUA (makeup artist) networking site and ended up shooting with many different people throughout England over the next several years.

I did love modeling.  I enjoyed it back when I was a life model in college–and this was even more enjoyable. It was my own form of dress-up, which was acceptable for adults–and I didn’t have to remain motionless for twenty-minutes at a time.  Sometimes, I was stunned to see the final images.  Of course Photoshop was used—but it’s always nice to simply feel pretty.  I know that sounds somewhat un-feminist, but almost every human enjoys feeling attractive, right? 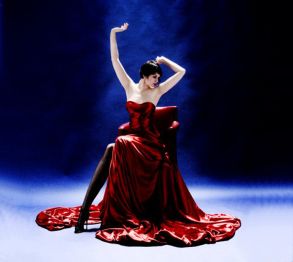 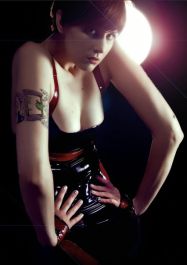 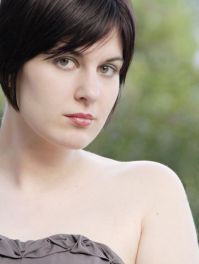 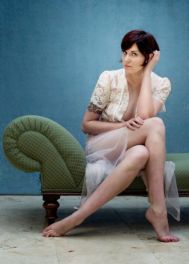 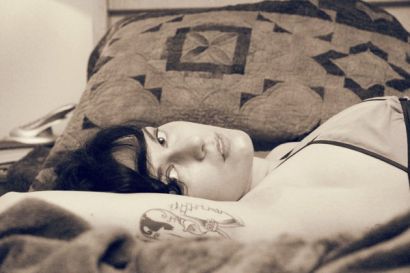 Reflecting back I realize, another part of me loved the experience because I was able to participate in an artistic process.  I was the subject of striking imagery and met fantastically fun (and a couple unfortunately creepy), inspiring and talented creatives without any fear of rejection as an artist.  As a model, I could be the art. If a photo I was in was criticized based on its aesthetics and compositional concept, I didn’t feel insulted or rejected. Because, ultimately, it wasn’t my art.  Of course I was a little sensitive to criticism directed at my body or me as the model. If someone doesn’t like an image I’m in—it doesn’t matter because it is only a visualization of me as a form, not me as an individual person.  As a model, I am more of an instrument utilized by an artist or photographer—it is their art that is open to critique, not me as an artist.

In the beginning, I subconsciously used modeling as a distraction, a way to avoid the doubts and difficulties associated with pursuing my own artistic ambitions. As a model, I felt less exposed, I was risking very little (artistically) on my part.

As the artist, I’m vulnerable.  I feel far more exposed with my own art than I ever did nude in front of a camera or a room full of classmates.

I understand that can sound silly or pretentious (always an interesting combination?), but it’s the most accurate way I can explain ‘naked carly art’.

Over the past year and a half, I’ve consciously made the decision to model less and focus the majority of my attention and effort on my own artistic ambitions.  This meant I had to face my fears and work outside my comfort levels by exposing myself to countless inevitable rejections from exhibitions, galleries, publishers and all the other scariness that comes along with such artistic endeavors.

I have met some incredible models, brilliant photographers and impressive make-up artist and stylists through my modeling work. They were all inspiring artists in their own right. I’m grateful I was able to enjoy those fantastic experiences. I’m also thankful for those kind humans who simply enjoyed my modeling work and their support as my portfolio grew. Their support was unexpected and very much appreciated. 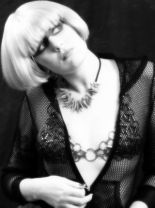 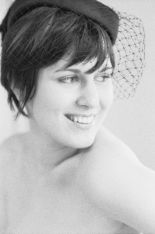 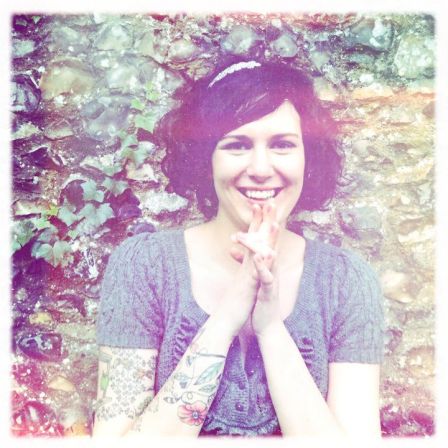