The home where I existed | Vignettes of my failed marriage

I distinctly remember driving home one evening in the dark. It was late fall, in Grand Forks, North Dakota, so it was chilly and had already been dark for several hours. I don’t remember where I was returning home from exactly, but I remember the street and the exact stop sign I was at when the realization hit me–hard. My life felt exactly like it did when my (currently deployed) husband was home-except I was happier. I didn’t have that constant looming apprehension that I was going to disappoint him again today. Somehow. Because, really it was an implied inevitably of my life.

I’d become so accustomed to being varying levels of disappointing, the feeling was intrinsic. Just part of my marriage. Just part of how I viewed myself.
“What? Should we try to be messier? Is that what actually you want?”
“It just stresses me out, could you at least try?”
“I know, it’s sort of silly, but it just makes me feel better this way.”
“I don’t have OCD, I’m just particular.”
“Yea, but my way is the best way.”
“It’s okay, you know these things just matter to me anyway, I can get up extra early before work [when I already wake up at 4:45am to head to work by 6am, and usually don’t leave work until at least 6pm] and take of them. It’s fine.”

The realization hit me. I didn’t know the last time I felt truly comfortable in my own home. In his defense, of course I didn’t want to live in a super messy house. And some of his expectations made sense and were perfectly reasonable. It was just when they all started piling up, one on top of another…on top of another…and another…until it crushed me.

Welcome to my home, well, obviously not my home. Welcome to the home that I ‘d been conditioned to live in. The home where I learned I was lucky someone could put up with messy-aqua-girl-me.

I would keep trying. And it would keep not being enough. And he would keep reminding me how much more relaxed he’d become living with me, much more patient and accepting of my faults…

Until I realized I was only comfortable in the home where I lived, without him. 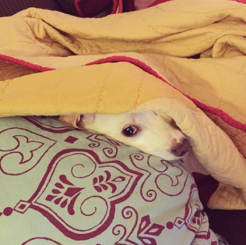 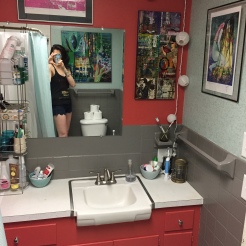 It took until my early 30s to find a place that I could make my home. And I only have to please myself. I know it will probably be years, if ever, before I’ll be okay with the idea of once again sharing my living space with a partner.